We recently spent a peak fall foliage weekend visiting artists’ studios and workshops around southern and central Vermont. The quality and variety of the craftsmanship that we discovered on Saturday, the first day, was so enthralling that we repeated the expedition in a new region on Sunday.

Vermont Open Studio Weekend is a fascinating event organized twice a year by the Vermont Crafts Council, a nonprofit comprised of artists that seeks to nurture public appreciation for “the quality, beauty, and history of Vermont crafts and artwork in order to encourage and sustain the creation of original craft and art work in Vermont.”
Vermont is amazingly welcoming of artists, and they return the favor with a fierce devotion to their craft and by generously welcoming people into their studios and even their lives.
We found nests of artistic production and inspiration on Main Streets and at the ends of dirt roads. We saw price tags in galleries ranging from $10 to $1,200. We often found the cast-offs, pieces discounted because they were not deemed high enough quality, to be as interesting as the finished pieces. Unfortunately, as wanderers whose possessions need to fit in the back of our truck, we are not in the position to acquire art right now, but we saw many pieces that we wanted. In the end, I bought one colored-clay necklace.

We spend the first day around Brattleboro, a city in the southeast corner of the state that attracts a disproportionate percentage of artists, many of them New York transplants. The second day we visited a studio in Ludlow, where we’re staying, and then headed west toward Shrewsbury, Castleton and Rutland.
Here’s the map of Open Studios Vermont.
The Studios 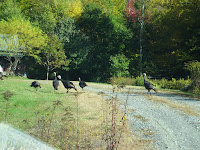 We discovered that most Vermont craftspeople work in
studios located in or close to their homes. Some were near downtown areas (Brattleboro) or even on the main street (Castleton), but many more were in remote areas, far off the beaten path. We drove many miles up narrow mountain roads and around bends, through gold-and- red dappled fields and past squawking wild turkeys, to find studios inside barns surrounded by trees and fields. These were places we never would have discovered on our own, but bright yellow “Vermont Open Studios” signs directed us to each new discovery and beckoned us in.
The artists’ studios were amazingly diverse and told part of the story about their residents – whether it was a basement transformed into a woodturning workshop, a drafty wooden barn, a retrofitted garage, an upstairs bedroom or a large, beautiful dream studio made of barn wood and giant windows. A former film editor who had worked on major studio films in New York had built a huge, slick studio barn for his oversized digital art.

The artists’ tools, often self-crafted, showed real ingenuity.
One woodturner had retrofitted an optical stand he bought for $5 at a local fireman’s auction into a tool holder. Another created an electric hammer because his hands got so sore from hammering metal. Several had designed and built wood kilns or stoves out of bricks and mortar, sometimes even dismantling them to move and then reconstructing them in a new location. Most of the potters, not satisfied with any commercial product, created their own glazes. 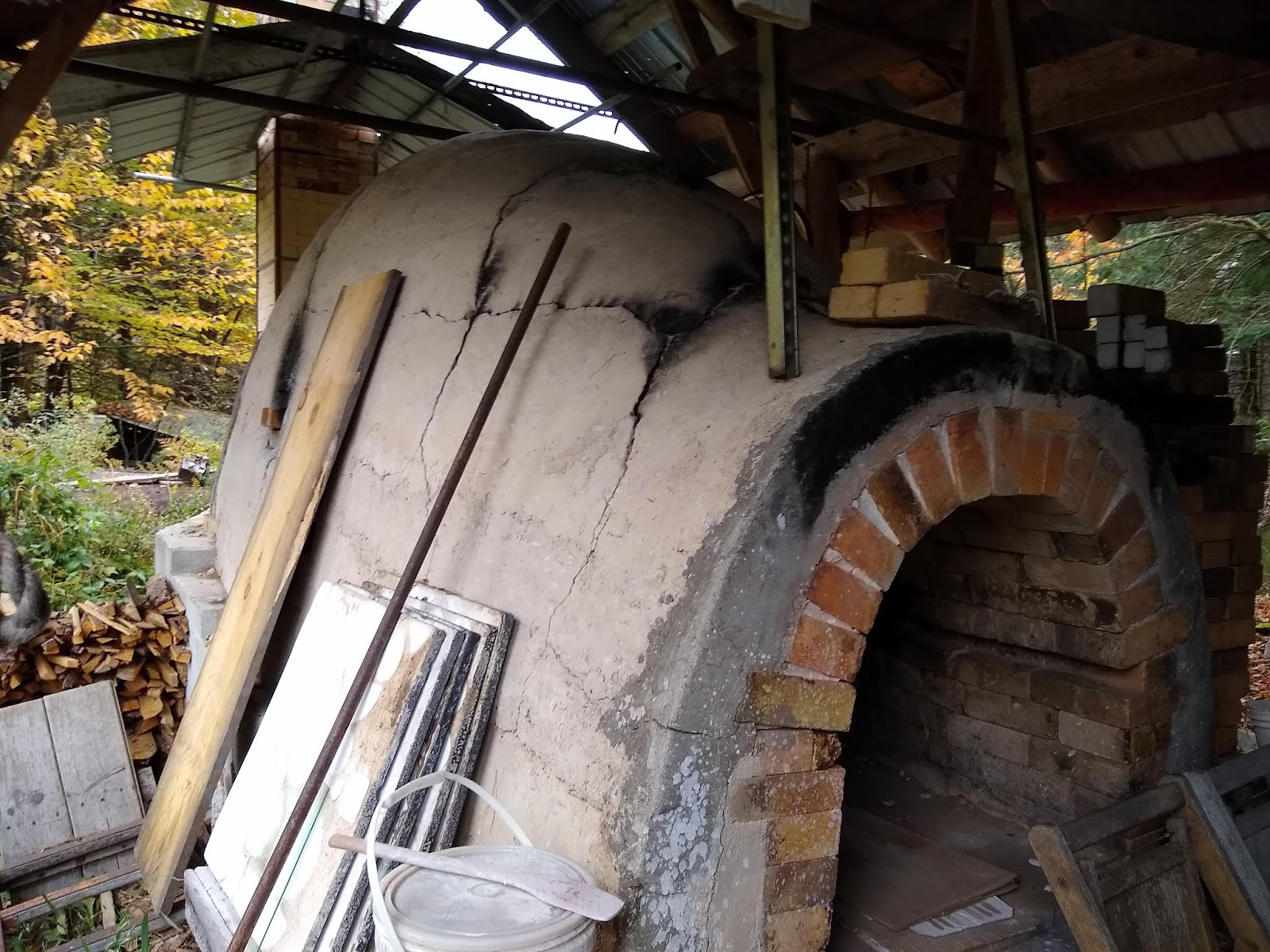 Not one did anything the easy way.
They labored painstakingly to produce the detailed result they wanted, even if meant waiting a year while wood cured before carving it, rebuilding an entire kiln because it didn’t heat right, or disregarding wood-turning machines in favor of the rougher precision of hand tools and elbow grease. 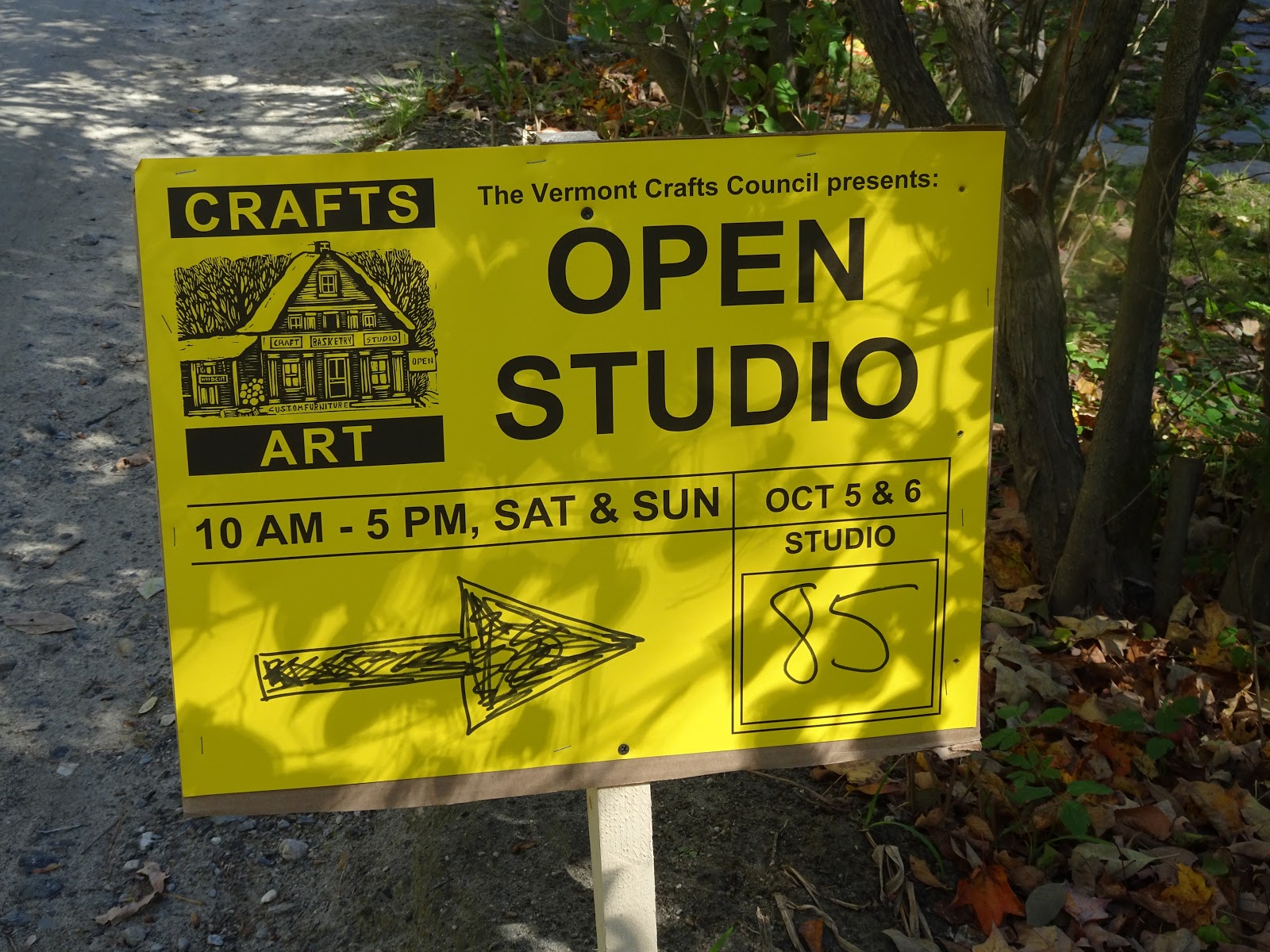 The Horn Player of Playa Azul